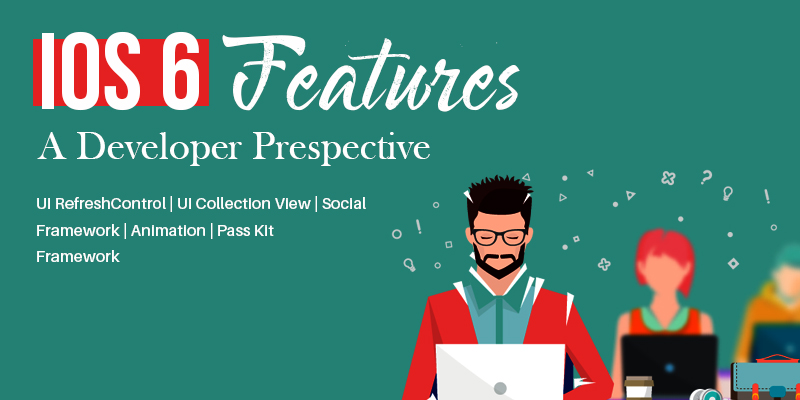 UIRefreshControl module is employed to refresh the data in tableview. This feature would be handy, if you want to refresh the tableview and reload with a new array of data.

To view images in a single view instead of grid, this module would be helpful in achieving it. UICollectionView is similar to UITableView, which is used for grid views.

IOS 6 development kit has basic level of animation modules like image rotation and other simple actions.

No more hardcopy tickets, it is going to be passbook everywhere. A key feature of IOS 6 is passbook, it allows users to purchase and store tickets and passes. Following are basic storable document types in Passkit

In IOS 5 many key features for UI controls were introducted, it has been take one step further for IOS6. All basic modules in UIKit like UIPopoverBackgroundView, UIStepper, UISwitch, UINavigationBar, UITabBar, UIToolBar, UIBarButtonItem, and UIPageControl have received additional methods or properties related to interface control.