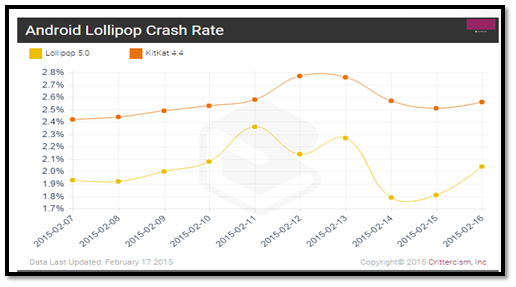 The report is based on 20,000 apps and reveals how the different segmentations of the two operating systems fare.

Crittercism reported Apple to have a 0.2% higher app crash rate than Android.

The version crash rates of Android: 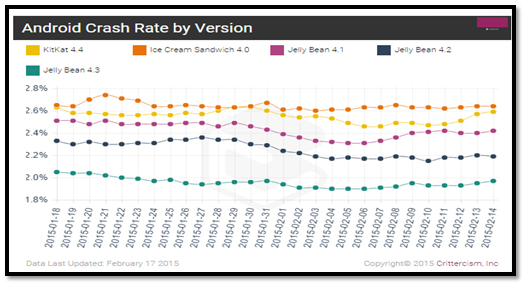 Of all the Android operating systems, Android Lollipop has the lowest crash rate at 2.0%, whereas both KitKat and Ice Cream Sandwich are at 2.6%. The KitKat crash rate is bad news for the Android folks as 40% of Android devices run on this version and is the most used distribution OS until now.

Adding to the iOS 8 troubles, the app crash report also has been disappointing. However iOS 7 seems to be bit of a relief and for some sticking on to iOS 7 is a smart decision. 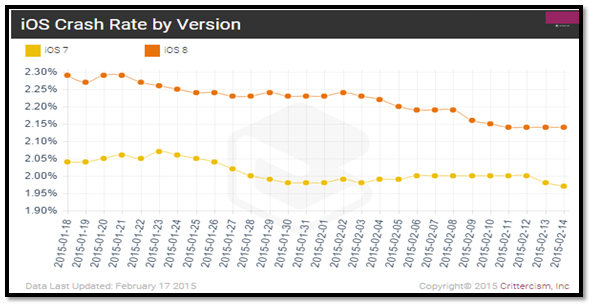 On a comparative note with regards to the latest OS versions, Android Lollipop fared better at 2.0% than iOS 8 at 2.2%.

This means more challenges for the Apple as Android has a stronger foothold in terms of stability with each release. Of course, factors such as the device in use, RAM and the storage are to be considered before arriving at a conclusion. The device (i.e. the hardware used) is also very important to note, as older devices may not be compatible with newer OS versions and hence may cause more hiccups/crashes.