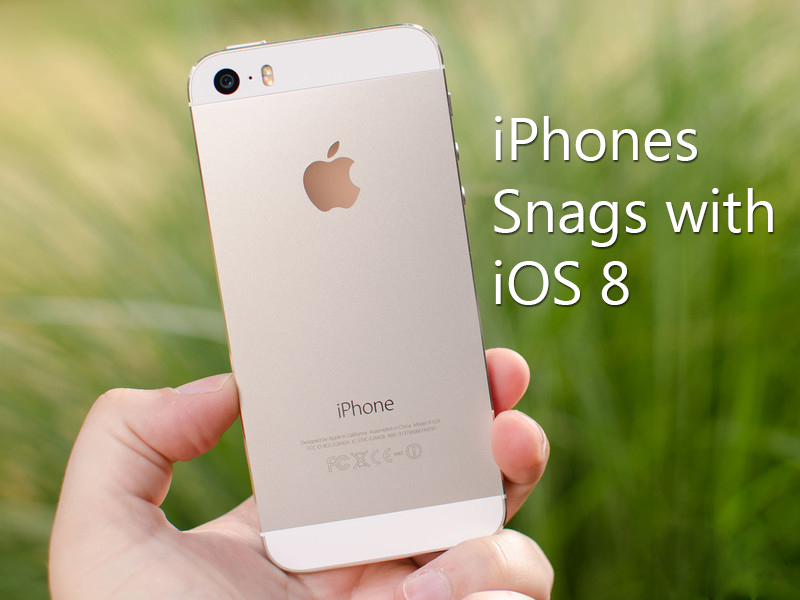 Apple’s most anticipated iPhones with iOS 8 updates ran into problems with consumers reporting software snags and vulnerability to bending.

There were reports of consumers being disappointed with the iPhone as it was also the most expensive at 750$ (without contract). Users reported of a new software blocking calls, difficulty in making calls, dropping of calls and malfunction with the fingerprint reading touch ID feature. A video showing the iPhone being vulnerable to bending was posted online. Also, few twitter users also reported a slight curving at one end after several hours in a skinny jean pocket. It was dubbed as “bendgate” that was the hot trending topic on Twitter.

These contradicted SquareTrade’s ‘breakability’ test results; however they were quick to mention that the test did not include bending and added that inspite of the bending, the functionalities remain unaffected. Apple defended its manufacturing standards saying, “is extremely rare” with normal use of an iPhone. Apple later reported that only nine consumers had reported about a bent phone.

Apple informed, the models “feature stainless steel and titanium inserts to reinforce high stress locations and use the strongest glass in the smartphone industry. We chose these high-quality materials and construction very carefully for their strength and durability”.

Apple withdrew the software update immediately and was quick to acknowledge and apologize for the problems caused and said, “We apologize; we’re working 24/7 to fix it”. On Wednesday, Apple released a new update, named iOS 8.0.2 to fix the problems caused by iOS 8.0.1.

However Apple’s stock fell nearly 4% on Thursday, leading an expansive decline in technology shares. These developments come as embarrassments for the giant in a time when it’s hoping to sell a record number of phones. The company had earlier reported to have shipped more than 10 million devices already.

Given all these glitches, what is been widely talked about is the ethicality with which Apple has handled the whole issue and tendered an apology to its consumers and promised to work on the snags at the earliest – which it did not do with the earlier iPhone problems.