A Glance At The Evolution Of Wearable Devices 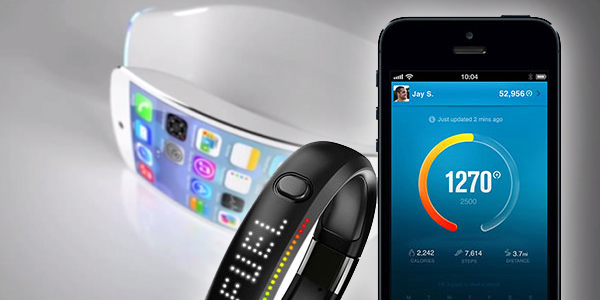 It seems innovative minds of the past made use of the wearable devices for evil purposes, such as cheating in casinos and spying innocent people. The use of such wearable devices can be seen in movies, where the evil masterminds utilize the technology to their advantage. However, it died down and was dormant until the 1980s. During the 1980s wearable device was reinvented for better purposes and gadgets, such as calculator wristwatches became very popular. The wearable arena hit a stone wall after the release of calculator wristwatch. It was in 2007 the launch of FitBit revived the spirit of innovators.

However, our Innoppl’s iPhone app developers & mobile developers have predicted that in the current form wearable devices could be used to the advantage of businesses. They feel that developing proper applications for manufacturing industries would increase production drastically. The hands free technology of wearable devices can also increase the safety of the employees. Until now, our app developers in Atlanta have been developing Android and iPhone applications for diverse industrial purposes. If you are looking for innovative mobile app ideas that could boost your business, contact our mobile app consultants.