The Buzz On Mobile News 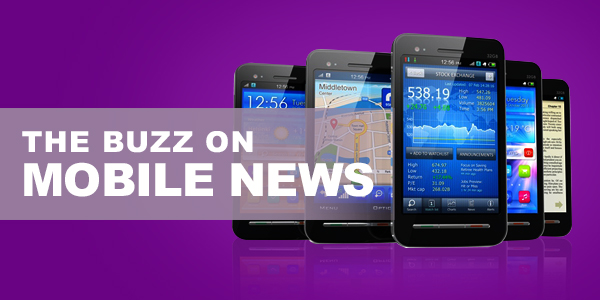 What’s hot and happening this week?

We’ve got it listed right here just for you. Get updated now!

The Galaxy S6 is out, and now the attention has turned towards the Galaxy Note 5. The flagship phablet is usually released in September. But now new rumors state that the Galaxy Note 5 is releasing on August 12th ,in New York, to beat to Apple’s next release. The Note is one of the most awaited models and biggest competition to Apple’s phablet edition. It’s rumored to make a launch on the 12th and have a worldwide appearance on August 14th. We can’t wait to learn more about the detailed specs and how it measures up to Apple’s Phablets.

Users need to be aware that Google Photo uploads your pictures, to the cloud, even after the app is deleted from your Android device. One needs to go to the settings and explicitly disable the upload option to stop it from accessing your gallery. The glitch was first discovered by Nashville’s Business Journal Reporter. It is not really a bug but a service of Google, which brings in the big question as to why Google is not more transparent about their process and how many unintentional images are backed up in their cloud without the user’s knowledge.

Nokia Seeking Help To Create Its Next Smartphone

Nokia’s has started to develop and sell phones under Microsoft’s wings for now. Only after 2016 can Nokia think about developing their own phone to enter the race for the next best smartdevice. Last year they had their N1 tablet developed in China, so it was not a big surprise when their spokesman revealed information on their future plans. With so many newcomers in the field, it will be quite tough for Nokia to match up to users expectations. Still, we are eager to see what they whip up.

UK Apple users are eagerly awaiting this service. Most banks are working towards implementing this feature as soon as possible. Bill payments using Apple Pay is as simple as touching their finger on the touch ID and tapping the phone across the card reader. Similarly, Apple Watch users just need to tap the side twice and hold the device to the card reader. More detailed information on how Apple Pay works is provided here.UK based Apple users can now stop worrying about carrying their credit card, with the inclusion of such great payment portals.

App Of The Week: Scratch – A Shopping Assistant For Free

Unique apps are hard to come by, we have picked this unique service, which we think will make it big in the near future.

Do you hate to scout around to find the best deal and products? The Scratch is the perfect app which lets you post your requirements and then they do the research to list out the best possible deals. They are ready to help you in all your shopping needs without any extra fee. The app also offers 30 day return period with a price guarantee. I can’t wait to try this awesome service, guess it’s something tailor made for me.

Mobile app developers are looking for innovative ways to grab user’s attention. Got a unique idea, let’s get talking now!