What’s APP’nin Around – Mobile App Trends For The Week 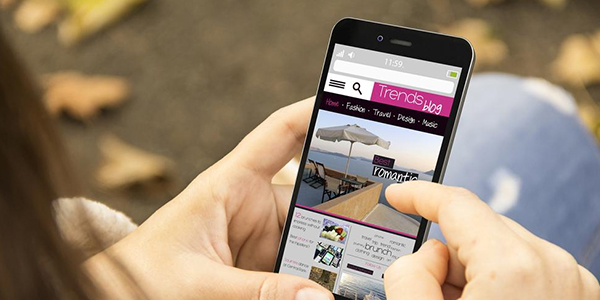 The more buzz we hear around mobile apps, the more we realize just how dependent we are on them. Let’s have a wrap up on the latest mobile trends that are grabbing headlines!

The Annie Report is a key report which helps in understanding global users’ app engagement patterns. Overall, it’s no surprise to see communication and social apps topping the charts – They account for the 60% of the time spent on Smart Phones. When it comes to gaming, Asian market show 4X times more engagement compared to the European and United States market. With South Korea and Japan having an extensive 4G LTE coverage, it leads the overall data usage. Get more insightful facts with the complete report.

Employee Fired For Deleting An App

Xora is a work management app which tracks every movement of an employee when installed on the phone. Myrna Arias, a former sales executive, was issued with a company-owned iPhone preloaded with the work management app. When she found that it tracked her every move even after her work hours, she deleted it resulting in her getting fired. Even though there was an option to enter log out time, the app tracks the phone’s movements. She has filed a lawsuit against the company seeking $500,000. Get more details on the issue here.

We try to get rid of our secondhand goods through eBay – But maybe not for much longer. Facebook has launched a new functionality which helps users to host a virtual junkyard sale. Users can host products for sale in certain For Sale groups which can be created through this form. Sellers can select the categories under which they can host the product. Unfortunately, the process is still not refined, but Facebook has promised to make the feature more feasible in the following months. Currently, it’s difficult to search for the products on sale and also contact sellers.

iOS 8.4 Beta 3 is out in the iOS Dev Center! Apple is excited about the features of their new Music App. It is easy to access the playlist with the categorized music selection and Global Search option. Reports state that at the World Wide Developers Conference next month, Apple will unveil their new music streaming service, iOS 9 and OS X 10.11.

Are you eager for a particular app release and can’t wait to get your hands on it? Google offers a pre-release registration option which will send subscribers a notification to their phone as soon as the app is live. The first app to use this feature is Terminator Genisys: Revolution game, which is set to release on the same day as the movie. This pre-release feature, when used smartly, can become a great marketing tool for app developers. App marketing strategy involves creating hype for the particular app even before its release; this tool works well for creating the demand and showcasing the apps features.

Map Maker, a crowdsourced tool for Google map, was shut down by Google on May 12th thanks to a particular unfortunate high profile, “Android urinating on Apple” incident. Map Maker tool helps users put up pointers like Parks, Malls, and other indicators which are not automatically located by Google Maps. It was not an easy decision, officials from Map Maker stated that they don’t have enough resources to manually moderate each and every edit that come in.

In the past, Google was unable to weed out sleazy apps with malwares that accessed intricate user information. The next update might have a permanent solution to the problem as users can choose which information they would like it to access. Apple has had a more refined App evaluation process which weeded out such security issues from the very beginning. It is good that Google is clearing up its act and doing something productive regarding user’s privacy.

And I save the best for last… The Snap Me Up Alarm App!

I’m not a morning person and simply hate it when the alarm goes off. This innovative alarm app will not shut off until you take a selfie of your sleepy-self. Similarly, it uses a smart facial recognition feature and cannot be fooled by clicking a picture of some random thing. As soon as you’re off the bed, the picture is waiting in the gallery to be shared or… in my case, regretted. If you’re ok with this app invading your morning sleep, do give it a shot.

An idea is all it takes to create something unique the world loves. Make sure to check back every week for innovative mobile app trends and news. Have an app idea? Why not contact our Atlanta app developers. We’d love to talk.