Mobile App Security – How Safe Are We 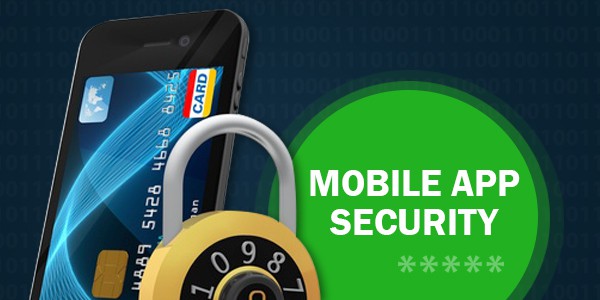 We depend on mobile apps for just about everything and many of us don’t even think about the security concerns before downloading an app. Sadly, by doing so, we’re letting plenty of malware and adware to gain accesss and use of our intimate information without permission. A research conducted by FireEye Security on 7 million iOS and Android applications shows that there are billions of malware and vulnerabilities that can affect your smart devices. In fact, Apple just had a security breach in it’s app store, allowing for lots of malware infected apps to be downloaded.

An average user won’t realize the importance of mobile app security until it affects them personally or financially. Security breaches happen due to compromised mobile apps. It’s not only on Android devices but on iOS device, as well.

Problems Due To Careless App Developers

The App Development Kit from iOS and Google have most security issues covered, it’s just that some developers don’t utilize the complete potential of the API given. This leaves a lot of loopholes for security breaches that could have been easily avoided, if proper app development protocols were used and proper testing completed.

To get an idea of just how much testing you should do, check out our Top 61 Mobile App Testing Tips For 2015 – The Ultimate Checklist. It’s a consolidated list of primary tasks that needs to be fixed to ensure your app is clean as a whistle.

Issues Due To Malicious Developers

It’s one thing that hackers take advantage of weaker apps, the other kind is when apps are intentionally developed with adware and malware by malicious developers. These apps easily pass Google Play Store’s tests and then go live to haunt innocent users. Adware may not be a huge security threat when compared to malware, but they find ways to pop up advertisements and can block calls, incoming messages and access to some level of user’s private data.

It’s shocking to find that over 300,000 Google Play apps have adware incorporated into them. Also, 5.61% of the top 500 apps are compromised of maleware, affecting millions of clueless users.

How Malware Affects You

Users are quite naive about the intensity of issues that arise due to most malware attacks. It’s important to realize that these malware are responsible for ad pop-ups and the leak of user analytic details. Specifically, here’s how malware affects Android and iOS devices:

Android devices are subjected to abundant attacks, as Google is not very strict with their review process. There are over 5 billion vulnerabilities with 5.61% of aggressive adware issues.

The security issues aren’t as severe in iOS devices, as Apple has a definitive API standard, which they are very strict about. To get through Apple’s strict approval process, app developers must stick to their developmental guidelines. But, iTunes also has a few loopholes that are exploited by attackers making iOS devices open to some level of malware and adware.

We think that the iOS market will be targeted more by attackers and the number of malware issues will increase drastically in the near future.

How To Stay Safe

It helps to be proactive and stay safe from such malicious apps. These malware can steal bank information, track your GPS coordinates, remote access your apps and much more. It’s freaky and unnerving to think what else attackers can do with complete access to your phone. Sadly, it’s quite difficult for users to identify apps that are genuine to the apps that are compromised, but we can be safe to an extent by following certain protocols:

We hope users are more aware of of today’s mobile development scenarios. As the app stores take many steps to weed out such attackers, the attackers are quickly finding other ways to hack users. At Innoppl, we take security issues very seriously and conduct regular security audits on all our apps to ensure there are no loopholes and are free from malware and adware. Contact our Atlanta App Developers to learn more.