Mobile Trends on Fire This Week 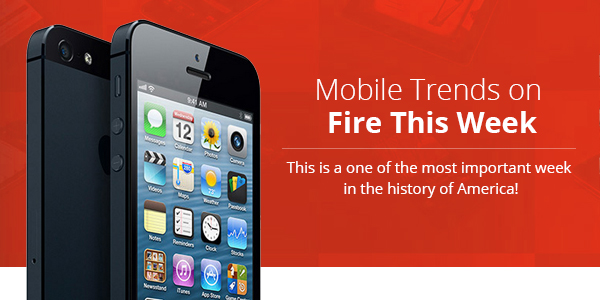 This is a one of the most important weeks in the history of America, where the privacy her citizens has been prioritized and a law is passed to safeguard them! Read more on the happenings of the week.

On June 3rd, 2015 at 4:04PM is when Americans reclaimed their privacy. President Obama has signed the USA Freedom Act and made it law, officially. The Senate had voted 67-32 on the act, enforcing a lot of limitations in the way NSA operated in the name of national security. This new law enforces the control of consumer’s data back to the telephone company itself. Members of the House have mixed opinion about the law as one half feel that they are taking away yet another tool that helped in national security, but the rest feel that a new era of privacy is born for the Americans. We believe that people of the United States should not lose their private lives for country’s security.

Apple has updated their site with detailed information on how to set up the HomeKit along with the associated products. It’s confirmed that iOS 8.1 + is needed to control the HomeKit using Siri voice control. If you own an Apple TV version 7.0 or higher, you can remotely connect to the Homekit from wherever. Just ensure to log in using the same Apple ID for your iOS device and the Apple TV. More information on HomeKit will be released in the WWDC.

Google’s Artificial Intelligence To Count Calories In Your Food

AI has always been the base for Google’s success. Plus, when the company acquired DeepMind for $400M and many other similar companies, it was not really a big surprise that Google’s dwelling more into AI. Google research scientist Kevin Murphy showcased a project of sophisticated algorithm called Im2Calories, where a picture of a particular food is clicked and it estimates the calories. One would be surprised at how we under-estimate what is on our plate as the size of each food matters. In America, where the obesity rate is quite high, it would be an efficient too, helping users understand what they consume. This software is not entirely perfect and so it’s automated, if it confuses fried egg for a poached egg, users can easily correct it with the handy drop-down box. Even if it works only 30% of the time and is adapted by most users, the product can be made better overtime with the relevant data collected.

Google To Integrate Views With Google Maps And Street View

People who adore sharing 360-degree photo spheres with a small Google group called Views will be ecstatic with this news. Starting mid-August, users can directly upload these photo spheres onto the new Street View App or the Google Maps in desktop. The Views community will cease to exist and the existing photo spheres will be controlled by Google+. The Views is brilliant feature which seems to be losing user’s interest and with the integration of it with the Street view app, Google is hoping to create a better user engagement for photo spheres.

This is incredible news coming for the Google. Plan your transportation efficiently by tracking the location of the bus or rail. Technical Program Manager Karen Grunberg on the Google Maps official blog revealed that they are working with over 25 partners in 6 different areas to accumulate data to incorporate this feature. If you’re living in New York, Chicago, Seattle and other few areas, you can use this awesome feature and plan your journey accordingly.